skip to main | skip to sidebar

WHICH REINDEER ARE YOU?

Ah, dear readers, I'm so sorry I disappeared. It's been crunch time on a couple of things I'm working on and things should be better by the end of next week. Too many projects, too little time...or so SupahStah says. Can't even begin to say how thrilled I was when he asked, "Bit off more than you could chew, huh?"

I was going to set him straight on THE FACTS. I'm very organized and getting the jobs done, thankyouvermuchMisterSmartiePants. But then I remembered I have a blog. Whoopsie! That kinda slipped my mind the past little while. Hey!!! At least I didn't forget a kid or something ; )

Mamacita and I are heading to the Cmdr's place on Friday morning to meet up with the Peeps and deliver the goodies from the SecretSanta4Vets project...so excited!! SupahStah and his bud are HUGE Steelers fans and I actually won tickets on eBay for Sunday's game! So, they're coming with us....we'll have man-cubs to amuse, and most importantly, man-cub labour, to carry all the heavy boxes. Do I know how to work things to my benefit or what? ; )

SO MANY LINES, SO LITTLE TIME

Saw this article about a man who married a dog over on PSA’s blog. LMAO @ the closer!

Ask a group of women if they'd be interested in helping out, in whatever small way they can, to bring a little joy to sixty deserving people. Oh, and it has to happen kind of quickly.

Then sit back and prepare to be amazed.

It's been less than a week since AE reached out with loving generosity and sparked The CMDRs posting a heartfelt invitation to send a bit of holiday cheer to the Veteran's she works with at the VA hospital....and ta-da!

EVERY SINGLE ONE of them will get a Christmas stocking, filled with all sorts of goodies.

EVERY SINGLE ONE of them will be getting his own fleece blanket.

Baked goods....cookies, snacks, treats of all kinds. Books, puzzles, things to occupy their mind. Cards and letters, telling them someone cares.

What most of us take for granted.

Once upon a time, I took life's simple pleasures for granted. I was one of the Have's, but I blinked. Suddenly, my babies and I were Have-not's.

There, but for the grace of God, go I.

Now, we are Have's again. But I'll never forget the lessons learned about what is important. Simple pleasures. Gratitude. Remembering it's better to give than receive. That there's always someone worse off than ourself.

Being a small part of this project has been important to me. To my soul. My life is a whole lot more blessed because these tremendous women call me Friend.

It's going to be a wonderful Christmas.
Posted by R&R at 6:27 AM No comments:

Spent too much time on the computer last night catching up on email and updating The Project. The List on the bottom of the page over there is updated and I’ll try to post a What’s New blurb. Thanks to LS and FW2 for the linky love! Response has been tremendous so we opened an email address dedicated to staying organized with the Secret Santa for Brenda’s Guys. Any inquiries or donation info can be sent to secretsanta4vets@hotmail.com

Here’s a little AFMEIR for your Tuesday pleasure : )

A man wanted to get married. He was having trouble choosing among three likely candidates. He gives each woman a present of $5,000 and watches to see what they do with the money.

The first does a total make over. She goes to a fancy beauty salon gets her hair done, new make up and buys several new outfits and dresses up very nicely for the man. She tells him that she has done this to be more a attractive for him because she loves him so much.

The man was impressed.

The second goes shopping to buy the man gifts. She gets him a new set of golf clubs, some new gizmos for his computer, and some expensive clothes. As she presents these gifts, she tells him that she has spent all the money on him because she loves him so much.

Again, the man is impressed.

The third invests the money in the stock market. She earns several times the $5,000. She gives him back his $5,000 and reinvests the remainder in a joint account. She tells him that she wants to save for their future because she loves him so much.

Obviously, the man was impressed.

The man thought for a long time about what each woman had done with the money he'd given her.

Then, he married the one with the biggest boobs.

I always suspected the Pig was a bit of a ho.

Do ya think everyone saying, “That’s the ugliest damn cat I’ve ever seen” damaged it’s self-esteem?

Not sure why, but this always makes me laugh…my inner child must be a bully.

OOH, HE DOES WINDOWS TOO

Yep, the Christmas Bug has bit me but good : ) I did a little more shopping today while Manimal and SupahStah closed the trailer... heh, how I managed to both get myself out of doing that and go shopping is beyond me. Must study strategy used...verra successful.

Since the weather was so nice, I would have loved to nag ask them to put up the Christmas lights, but we'll be using them at Sugah Pie's birthday Luau on Saturday. Every great party starts with setting the mood, dontcha know? I've already warned the minions not to make plans for next Sunday as well be holiday decorating outside...that pretty much guarantees we'll have some snowy and/or rainy, blustery gusts directly from the North Pole. I don't even need to look at the Weather Channel.

You may have noticed a new link on the top right corner. Here's what it's all about...the bestest part of the holidays is being involved in projects like THIS ONE. I'd really appreciate it if everyone visiting here checked it out, passed it along to anyone else who might like to help out and let me know if YOU can participate....some of you will be getting emails strongly encouraging you to participate...you know who you are ; ) Hey, I didn't spend so many years as a suburbian-soccer-mom without learning a thing or two about how to get people to help out a worthy cause.

It doesn't take much to make a difference, and boy-oh-boy, does it ever feel good! Okay, I'm not gonna lie here...it doesn't feel as good as sex, but it's still pretty good.
Posted by R&R at 11:25 PM 1 comment:

SupahStah, wrote this poem tonight. He's given me permission to publish it. All rights to this work, in part or in it's entirety, remain solely the author's.

The soldier sat
Badgered, Bloodied, Bruised, Broken...
Physically.
But not mentally.
The enemy tortured him for hours,
But the soldier sat
Silent as a stone.
Except...
When asked any question,
That might give away the position
Of his regiment, batallion or platoon,
He simply answered,
Brown
Corporal
Five-Six-Three-Oh-Seven-Nine.

The soldier sat
Busted, Bleeding, Battered, Broken...
Physically.
But not spiritually.
The enemy had pistol whipped him,
And broken his nose.
He stripped the soldier of his uniform,
And burnt him with lit cigarettes.
And the soldier screamed,
As he knew the pain he felt
Would never compare to how he'd die inside
If he sold out his Corpsmen.
So he screamed, but nothing more,
And spit in the enemy's face.

The soldier lay
Aching, Agonized, Atrophied, Almost...
Dead.
But not yet.
The enemy had thrown him to the floor in anger,
And proceeded to kick him in the ribs
With those high leather boots.
But the soldier emitted nought but a grunt
As his ribs broke.
When the enemy grew frustrated
With the soldier's willpower to keep his mouth shut,
He stood him up and backhanded him across the cheek
And the soldier laughed.

The soldier kneeled
Solemn, Suffering, ShellShocked, Sour...
But only on the outside.
Now the soldier was terrified,
No longer the model of courage and bravery,
As his hands rested upon his head,
In the surrender position.
On his left was a Private,
To his right, a Gunner,
And behind him...
The enemy with a sidearm.

The soldier's mind raced,
As he thought of his home,
His mother, his brother, his sister,
His wife...
His Lord. He prayed hard and fast,
Our Father, who art in heaven,
I'm coming, welcome me, forgive me for my sins...
The officer spoke,
"Sie können abfeuern, wenn bereit".
Their language, So harsh.
His wife... he loved her. More than life itself.
He would always watch over her.
Beginning now. He knew
He'd helped to keep her free.

And Corporal Brown died with a bullet in his head.

Lest we forget,
Those that died for the freedoms and rights
Of the civilians of today, yesterday, and tomorrow.

Thanks to the CMDR and a fantastic group of women, I get to help out on THIS worthy project this holiday season. Anyone who would like to participate...the more the merrier!! : )

~ 'Tis truly better to give than receive. 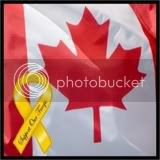 IF YOU DON'T WANT TO STAND BEHIND THEM...YOU ARE FREE TO STAND IN FRONT OF THEM.

R&R
JUST THE RAMBLINGS OF AN ORDINARY CANADIAN GIRL LIVING IN A ZOO WITH THREE TEENS, TWO DOGS & FIVE CATS. HATERS, BE GONE. I JUST IGNORE YOU. ALL OTHER COMMENTS WELCOME : ) 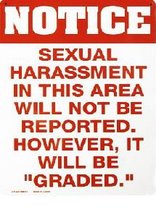